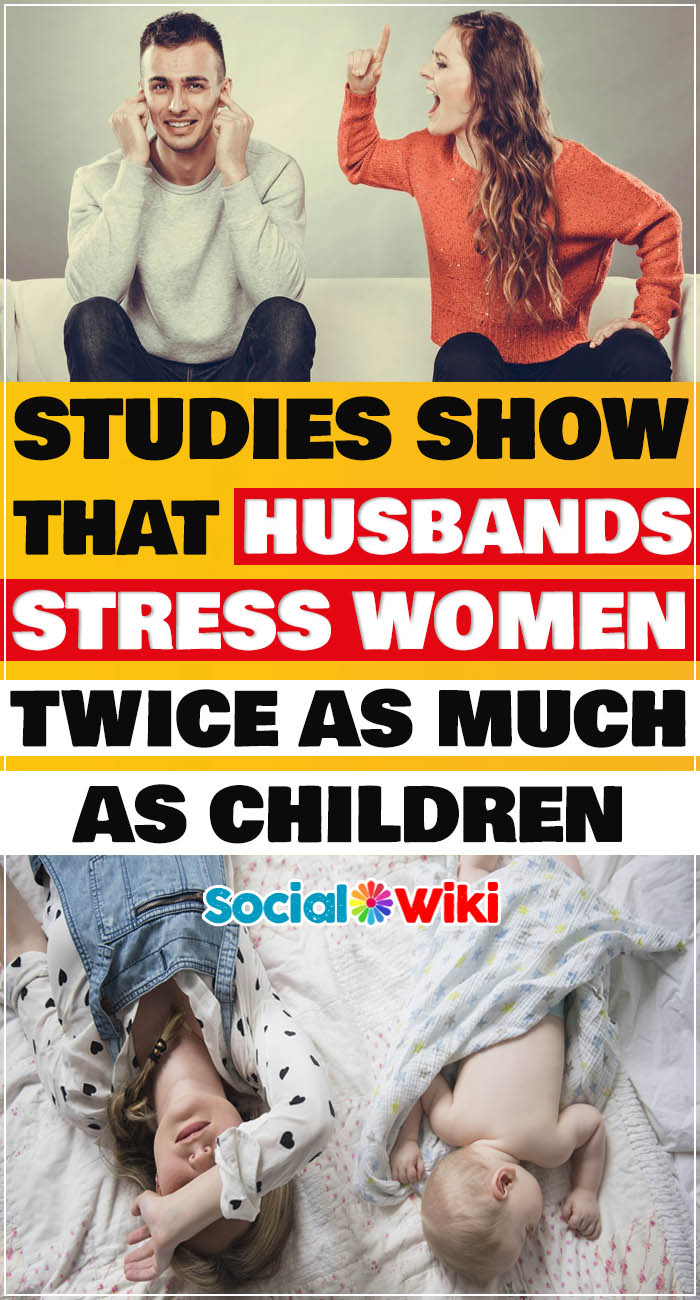 With all the chaos that children can bring, you would think that they would cause the most stress in a marriage.

However, new research suggests that it’s actually the husband who induces more stress into his wife’s life.

Because many women feel like they are parent to their children as well as to their husband.

A survey conducted in the United States with more than 7,000 mothers revealed that husbands generate on average a stress level of 8.5 out of 10. 46% of women surveyed said that their husbands caused more stress than their children.

The survey also highlighted that three in every four mums reported that they do most of the parenting and household duties.

One in five mums also said that not having enough help from their partner was a huge source of daily stress.

In essence, this research suggests that the real reason for stress in parenting has less to do with children and more to do with the lack of support women get from their partners.

Why Does This Happen?

In families in which both parents are working full-time, women are often left with most of the parenting duties, such as organising playdates, helping with homework and making doctors appointments.

So why does this happen? Well, on the one hand, women tend to be more organised than men, the problem is that some mums do not fully trust their partner to take on these responsibilities, so rather than share the load, they do it all by themselves.

However, on the other hand, husbands sometimes believe that their wives have everything under control and assume that she will ask for help if she needs it.

Do you have such issues in your marriage?

Are you too stressed about everything?

Here are some tips for having a less stressful life.

♦ Firstly, the husband and the wife both equally belong to this marriage. The kids belong to both of them. Then why not split the responsibilities?

It would make life so much easier. Suppose the wife takes charge of the meals and preparing the kids for school.

The husband can look into their homework and studies. Divide the errands, event duties, and housework. Teamwork is the key!

♦ Men sometimes dream of being the best partner and the best father in the whole world. They want to help with things.

But some women think men will only make things worse by helping. So, the wives do everything by themselves and get stressed. Why not allow the husbands to help in any way he can? Do it.

Trust him and let him be the man he wants to be.Maybe he will make mistakes initially, but he’ll be of great help. Trust us.

♦ Once the kids come into this world, the parents give all their attention to parenthood. Don’t forget about your marriage.

Try to get some me-time. Take time out for being with your partner. A happy family needs a strong marriage and good parents.

Remember, you need to be happy so that you can keep your kids and partner happy.

We hope these tips will help you achieve a happier and less-stressful life with your wonderful family!

The top 6 female gestures that drive all men crazy

10 Psychological Tricks to Make him Fall in Love

10 Everyday Habits That Can Kill Your Relationship

7 Topics To Avoid Talking About In Bed With Your Partner