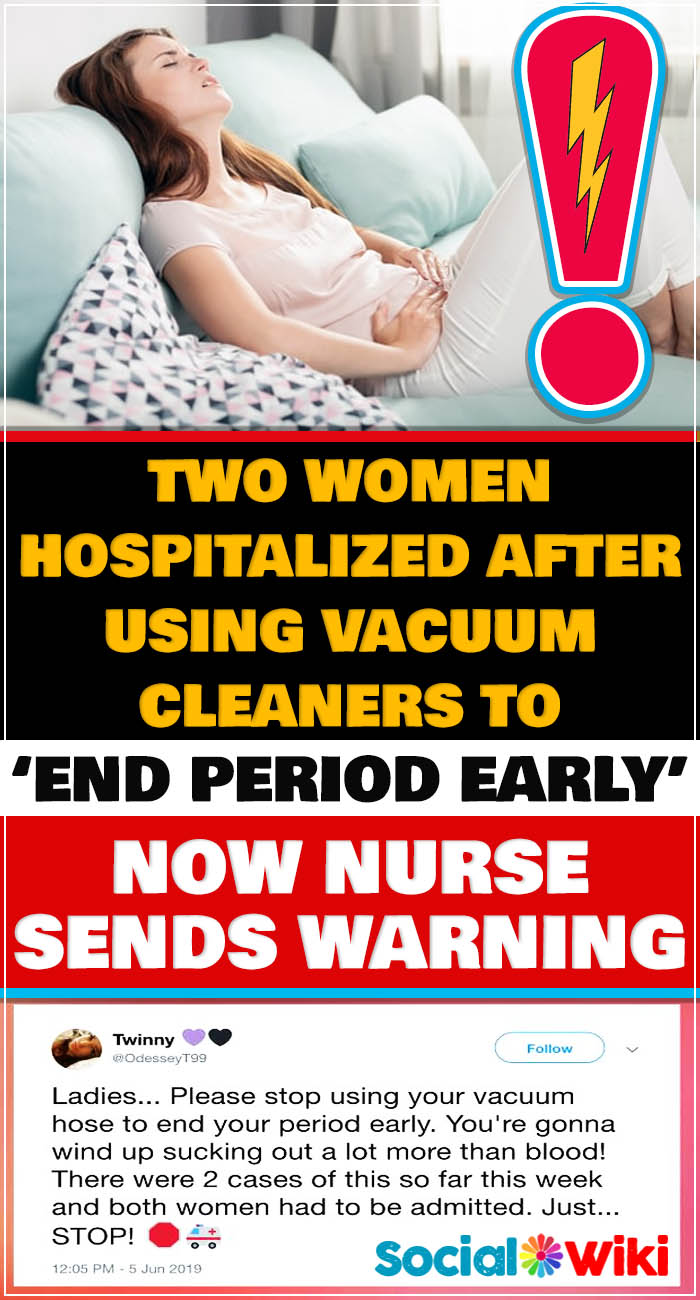 ‘That’ time of the month is never fun. For anyone…

Of course, we’re talking about menstruation, and the week wherein heavy periods become a common affair.

Now, there are ways, both through science and nature, to lighten periods and tackle the side-effects, those that some of us opt for in a bid for relief.

It’s come to our attention, however, that some women are going for a more DIY method of late, and frankly the lengths they’re going to in order to bring about an early end to their period are terrifying.

So it has come to pass that through a tweet issued by a nurse, the warning is now out for any woman considering using a vacuum cleaner – yes, you read that right – in an attempt to suck the blood out of their body.

Health.com claim that at least two women have wound up in the emergency room after trying this frightening technique. Word to the wise: it’s extremely dangerous.

Ladies… Please stop using your vacuum hose to end your period early. You’re gonna wind up sucking out a lot more than blood! There were 2 cases of this so far this week and both women had to be admitted. Just… STOP! 🛑🚑

The nurse who delivered the warning goes by the username OdesseyT99, and took to Twitter to write: “Ladies… Please stop using your vacuum hose to end your period early. You’re gonna wind up sucking out a lot more than blood! There were two cases of this so far this week and both women had to be admitted. Just… STOP!”

It should come as no surprise that people are keen to spread this warning so that women are warned against the potential dangers. The nurse’s tweet has accumulated over 5,000 likes and 2,400 retweets, with the general consensus being shock that this practise is even taking place.

Let it be stated in clear terms that using a vacuum to attempt to put an early end to a period is extremely dangerous and can result in permanent damage.

Health.com spoke to Sophia Yen, MD, a clinical associate professor at Stanford School of Medicine. She confirmed just how much risk using a vacuum poses.

“It’s not safe because the body wants to shed in a safe way. To me, it would be like ripping off a scab. It’s disrupting a natural, safe process. It might make you bleed more—your body’s shedding and trying to heal,” she said.