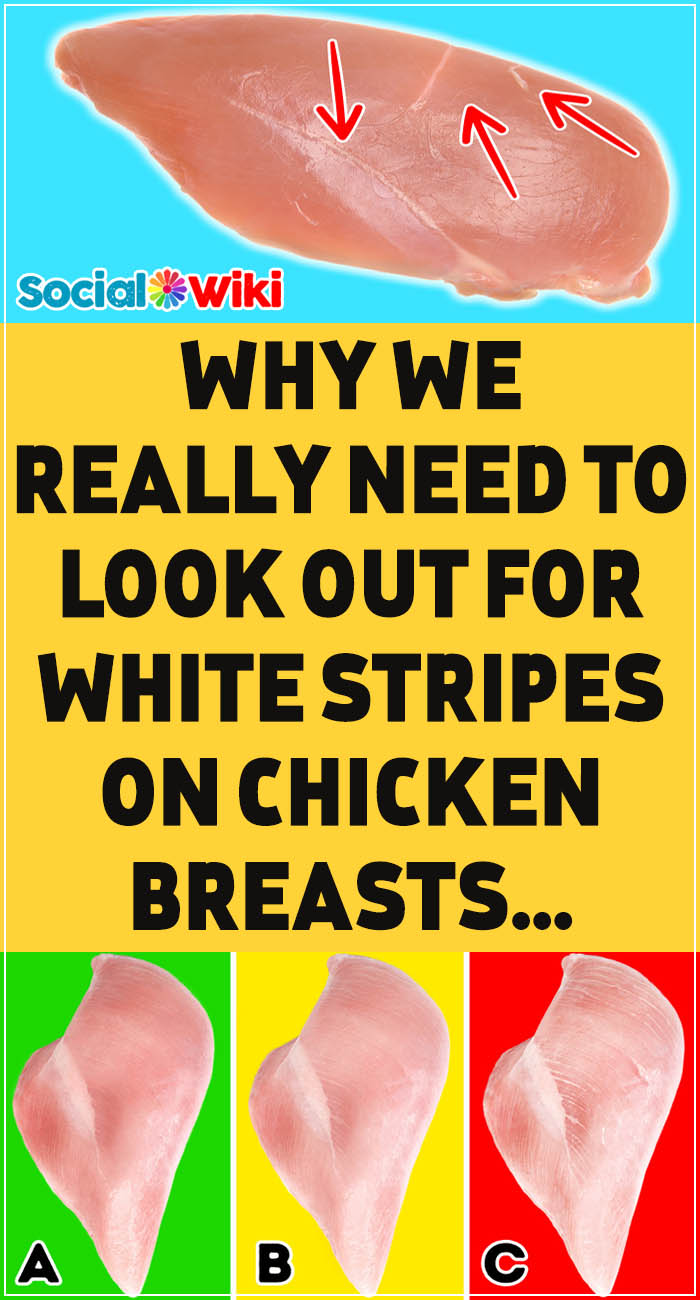 Raw chicken meat is normally pink, but you may have noticed some white stripes on your chicken breasts.

If so, you’ve probably wondered if these stripes were normal.

A study from the University of Bologna suggests that these white lines might mean something far more serious than we realize.

We are always interested in learning about what you should and shouldn’t be eating as well as making informed decisions about food. And that’s why we’re sharing these findings with you. 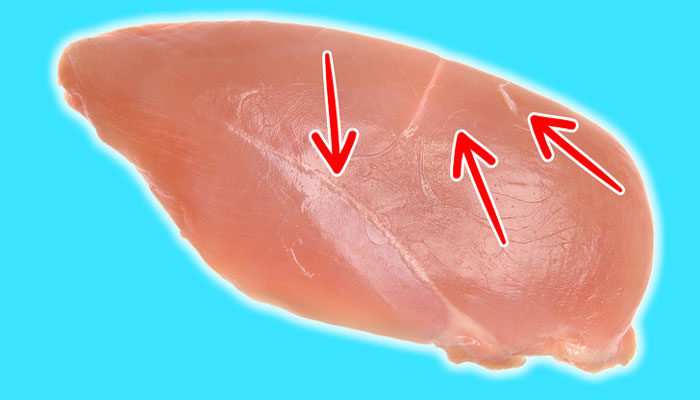 A study published in the Italian Journal of Animal Science found that pieces of meat with stripes were fattier than normal, often exceeding normal fat content by 224%.

Because of this, researchers believe that the stripes are a result of new farming and breeding techniques that are used to help chickens grow faster and gain more body weight than normal. This can also be a sign of a muscle disorder often found in hybrid birds. 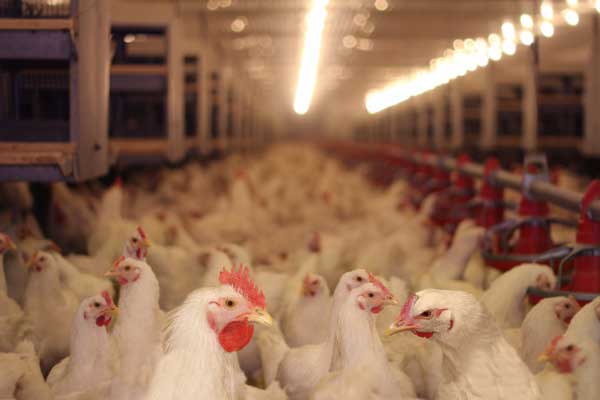 As the study highlighted, compared to 50 years ago, chickens and turkeys are now growing to 6 pounds in half the time that was needed before and are sold at twice their body weight.

This was apparent in chickens being placed on high-energy diets which are often rich in supplemental poultry oil, an unsaturated animal fat. Many of these practices came about to fill the demand placed on poultry in recent years, with breast meat becoming especially popular in Europe and North America.

Unfortunately, these practices might have lead to a muscle disorder in the birds, causing muscles to decrease as fat increased as seen on chicken breasts with white stripes. 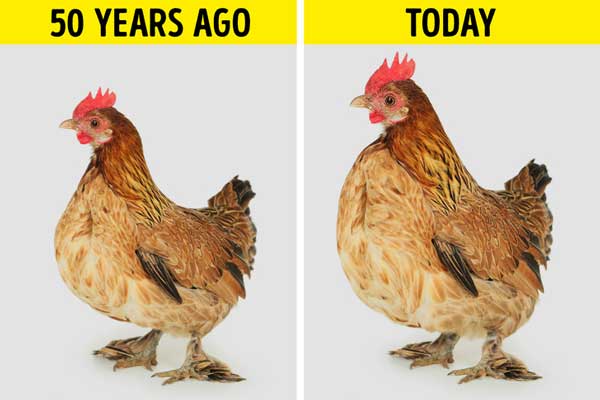 The study also claimed that chicken meat lost some of its nutritional value over the years, increasing concerns that the white stripes signified that the meat was gradually losing functioning proteins.

However, a survey given as part of the study claimed that the white stripes only impacted around 12% of fillets, so it’s hard to make conclusive connections. 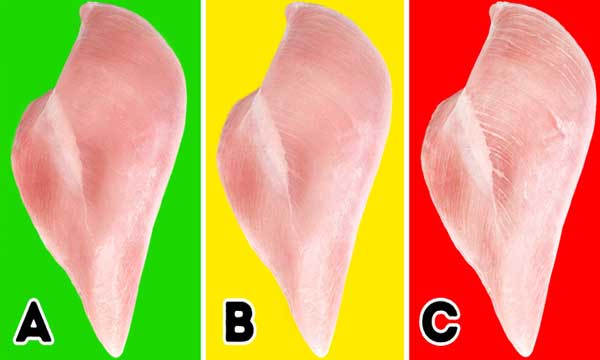 Generally, white-striped meat is believed to be safe to eat, although there is still another drawback: the taste.

Compared to healthier chickens, the meat could be tougher, often being called “woody”. It’s also believed to have less flavor and doesn’t absorb marinade very well. 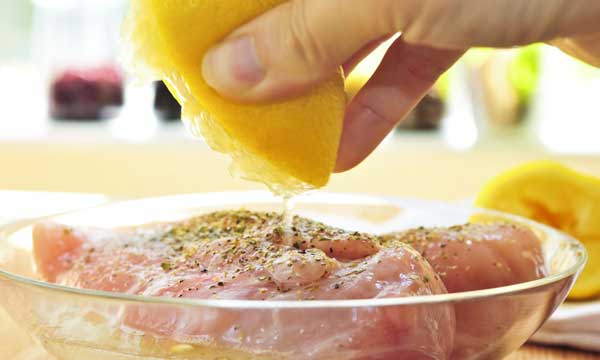 In the end, the white stripes might not be the best PR for the meat industry. One survey claimed that around half of consumers said they wouldn’t buy moderately striped chicken.

Fillets with severe striping were also noted to have looked fattier and marbled in appearance. If these stripes really were the result of new breeding techniques to have made the meat more available, then it certainly backfired. 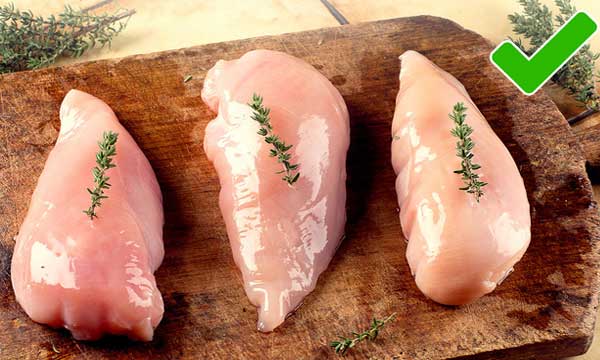 Ultimately, while more studies need to be done to determine just what is impacting the meat and what the long-term consequences could be for both the birds and the consumers, the stripes are probably not good news for the poultry industry at large.

People will end up purchasing what they think is safe and there are no shortcuts when it comes to providing healthy food to large populations of people.

What are some unusual things you notice when you buy meat? 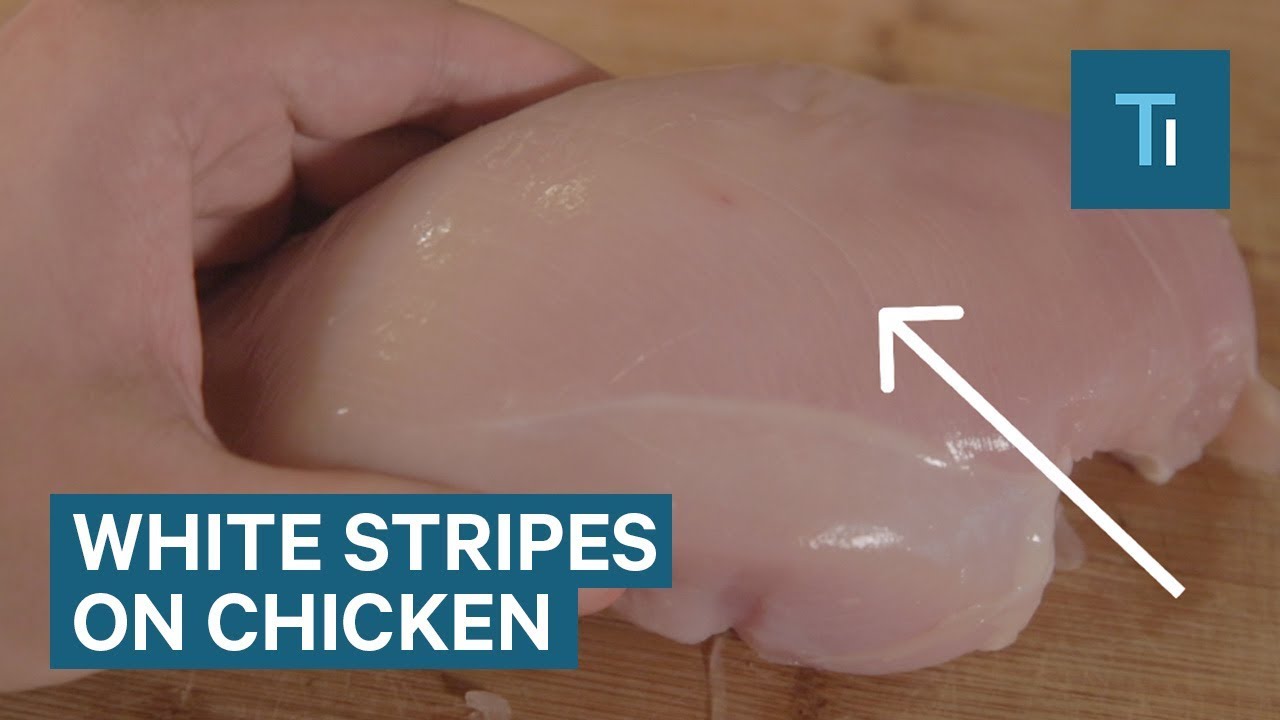